Christina Boyer (b. 1969, Columbus, Ohio) has been convicted for the murder of her daughter Amber.

In 2013, while working on his project about criminal law in four countries: Law & Order, Jan Banning came across the Christina Boyer case. From his research, he concluded that there is no hard evidence to prove Christina Boyer’s guilt, and that her conviction was the result of a plea bargain that her negligent pro bono lawyer pressured her into accepting. Boyer was one of 85 women Banning portrayed at Pulaski women's prison in Georgia, USA. Banning started to communicate frequently with Christina Boyer, after which he received access to the complete archive of the case and started his in-depth research. Over time, he kept finding more clues to her innocence.

The Verdict is a case study with which Banning aims to contribute a nuanced view of a specific criminal case in which he has been closely involved for years. It also provides insight into American criminal law in general. It raises questions about subjectivity and objectivity, about truth and lies, and about distilling a final verdict from a confusing multitude of facts and data. “Artivist” Banning hopes that the book and the exhibition about this case can contribute, in some way, to Christina Boyer’s release.

By facilitating this exhibition, the Nederlands Fotomuseum contributes to the telling of this visual story that matters. The exhibition shows how people can be crushed by systems that are much more powerful than they are. It also questions the role of the phenomenon of trial by media. The story touches on topics like wealth and poverty, and to what extent our socio-economic status can affect our resilience in this world – a relevant theme that we see cropping up every day, also in the Netherlands. This case reaches beyond that of Christina Boyer alone. Through the partnership that Jan Banning has built with her, Christina Boyer herself contributes to the exhibition as well. In this way, both of them are offered a stage, a voice, and the power of self-expression.

The images in the Verdict are Banning’s photographic interpretations of elements of the Christina Boyer case, created in the course of his research. Some are documentary, because – however subjectively photographed – they depict an existing reality.

Other photographs are visual constructions: staged images based on source research, on Christina Boyer’s descriptions and memories, or on combinations of both.

Publication
The exhibition is accompanied by the publication The Verdict – The Christina Boyer Case, designed by Victor Levie and published by Schilt Publishing. The book presents the results of his extensive research. Combining documentary photography as well as staged photos with texts, it unravels the role of the media, presents analyses by medical professionals, and gives Banning’s own visual interpretation of elements of the story.

The publication is available at the museum and our webshop. 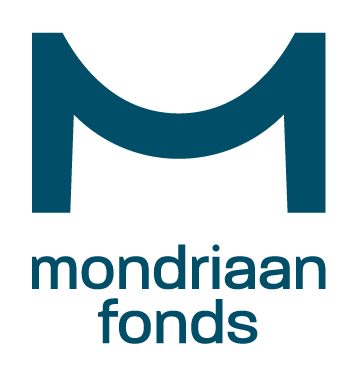 The gallery of honour of Dutch photography
THE VERDICT│ BEYOND A REASONABLE DOUBT? | JAN BANNING & CHRISTINA BOYER
The Collection illuminated ... by Artificial Intelligence