Stay Healthy
The work Stay Healthy coincides with the current affairs. All of sudden, the public domain has entered a whole new perspective in 2020. Stay Healthy is a series of 15 short video portraits in which Oltheten shows a variety of interpretations and the manners and etiquette that people in and around Amsterdam show towards one another.

Because of the worldwide pandemic and the call to stay indoors, TAAK initiates the series ‘In Quarantaine’ in which artists are given the opportunity to share their reflections, thoughts, and ideas about these extraordinary times in text, audio and images.

Paulien Oltheten is one of the artists who was invited by TAAK to create new work during the COVID-19 pandemic. In doing this, Oltheten seeks examples of human contact within this silence and sterility. Compared to other countries, the Netherlands allows individuals relatively much space to adopt the measures to one's own idea. 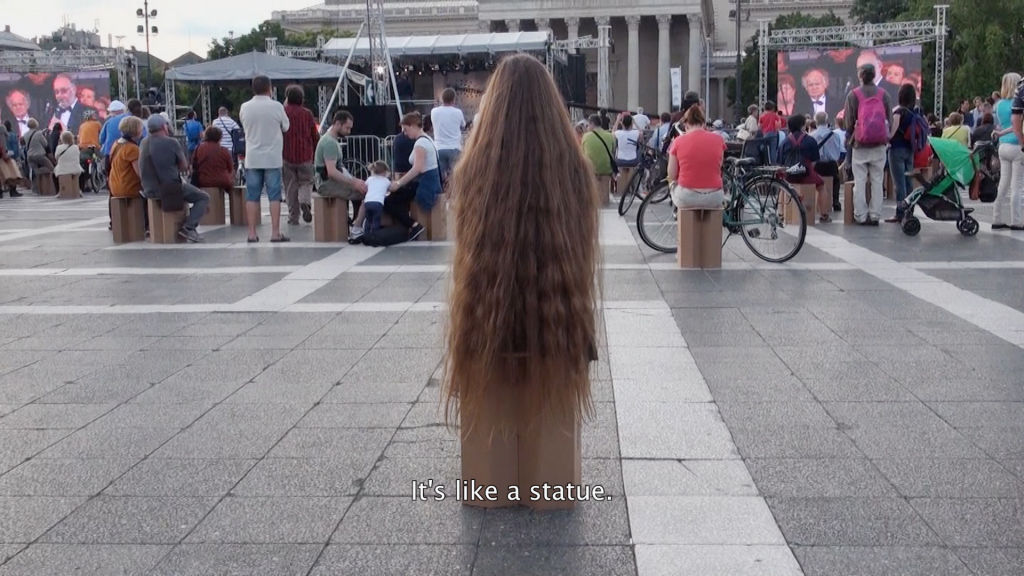 New in the collection: Meanwhile I’m doing exercise
The Nederlands Fotomuseum could spend private contributions to purchase important new work, consisting of audiovisual work of 25 video fragments and a hundred photographs by which Oltheten takes her audience on a visual journey through Albania, North Macedonia, Greece, Serbia, Hungary, Austria, and Germany, in which she captures poetic human gestures about the important political events that took place in the background. The audiovisual work alternates between video, stills, and photographs.

In her work, Paulien Oltheten observes the way people behave and move through public spaces. She captures these observations by using photography and film. Via this theme and her need to continuously reflect on the world, her work seamlessly fits within the collection policy of the Nederlands Fotomuseum.

This acquisition could be made thanks to the Fotomuseum Collectors Council. Meanwhile I’m doing exercise (2017) is the third acquisition made with their contribution. Two other acquisitions were announced earlier this year: The Migrant by Anaïs López and seven key works by Charlotte Dumas. 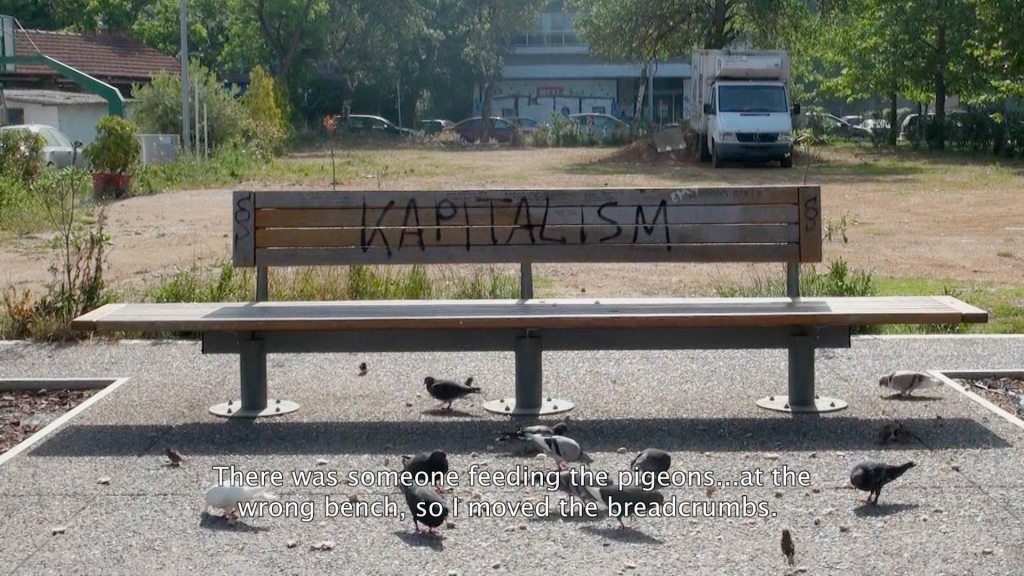 Kapitalism
In this video, Oltheten presents to us three elderly Greek men, each of whom stop separately at a specific park bench to do their gymnastic exercises. Written on the bench is the word Kapitalism. Although the combination of the graffiti and stiff movements will certainly make the audience laughing, there is a serious statement being made here, about silent protest, indifference and fierce pride. A man and his bench are more than the sum of their parts.

TAAK studies, develops, and realises new forms of art in the public domain and alternative ways of commissioning. This initiative is subsidised by the Amsterdam Fonds voor de Kunst (AFK).

Before visiting the museum, please read our visitor information.

Ellen Thorbecke’s China
The Collection illuminated ... by Artificial Intelligence
The gallery of honour of Dutch photography