As long as photography has existed, photographers have portrayed Rotterdam. Indeed,  they were the ones that gave the city its face. After the success of its 2015 exhibition Rotterdam in the Picture, the Nederlands Fotomuseum now presents its successor: Rotterdam works! This exhibition revolves around photographs of Rotterdam commissioned by companies and government agencies from 1864 to the present.

Rotterdam works! takes you on a journey through the evolution of the city’s ports as well as businesses that were normally closed to outsiders. Visitors will be able to see many previously unseen photographs and film footage of people, buildings, events, and life in the city.
Just for this exhibition, the photos on display have been temporarily taken from the collections of contemporary photographers, the Nederlands Fotomuseum, the Rotterdam City Archives, the Royal Collections of the Netherlands, the company archives of Nationale-Nederlanden, Heineken, de Bijenkorf, and many more. Together, they show a city that is always in motion and constantly changing while also telling the story of photography as it has developed from 1864 to the present. 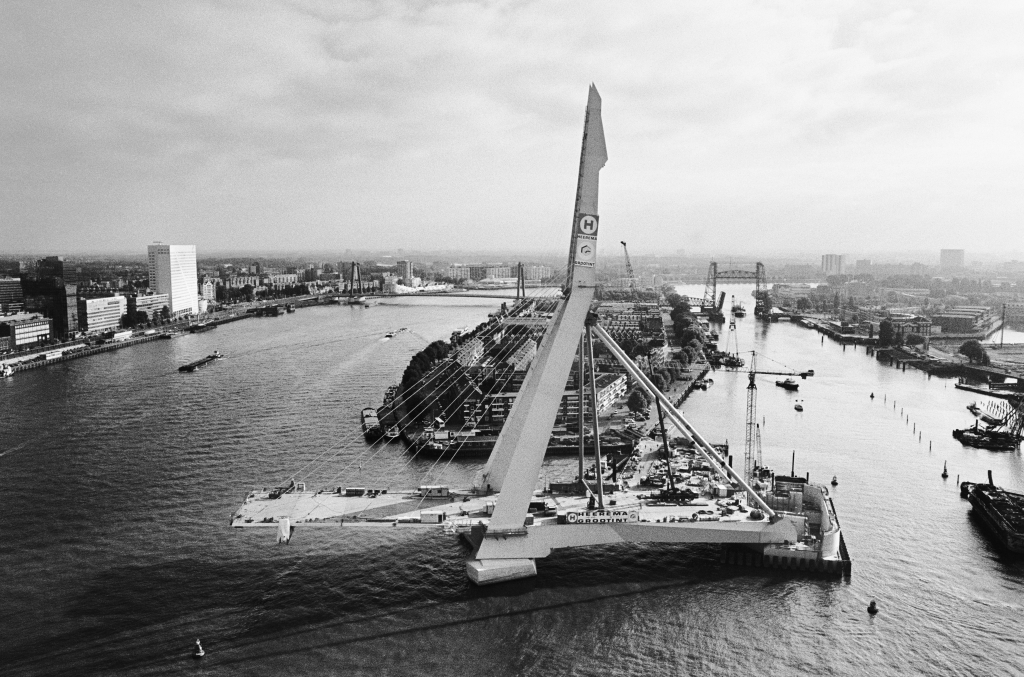 The exhibition consists entirely of photography commissioned by companies, organisations, and media in Rotterdam. This means that the photographers were not working with unlimited artistic freedom, as they had to meet their clients’ wishes. The often clashing tension between professional practice and photography as art and as a service performed for others proves to be an astonishing way to explore the turbulent economic growth of Rotterdam since the mid-19th century. The exhibition features works by both well-known and lesser-known photographers as well as many anonymous professionals who worked for countless photographic departments both at multinational corporations and the Building and Housing Inspectorate. Working within the tight framework of commissioned photography, they were able to give their work both photographic quality and artistic insight.

In addition to showing a variety of photographic genres and expressions, the exhibition provides a highly varied and often still unfamiliar picture of the city. After all, photographs taken on commission had a specific function and were not always made public unless they were taken for purposes such as advertising.

The exhibition draws on the collections of the Nederlands Fotomuseum, the Rotterdam City Archives, and the Koninklijke Verzamelingen as well as the company archives of Nationale-Nederlanden, Heineken, and de Bijenkorf. A selection of contemporary photographers are also be represented and attention is also paid to moving images as well. The selected photographers are not necessarily from Rotterdam, as it was common for photographers to come from outside the city and sometimes even from outside the Netherlands to look for work here.

With special thanks to the Rotterdam City Archives.

Steenbergen Stipendium 2022
Night In / Day Out: AREA 22
The gallery of honour of Dutch photography